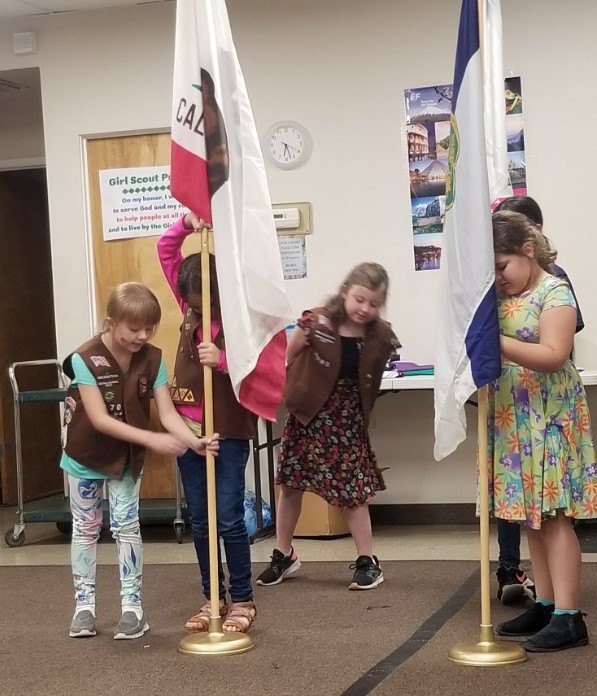 Bet you didn’t know that we’ve had 28 different versions of the American Flag over the last 200 years of American History did you? It’s true!

Why?  Through the years the number of stars in the canton has increased with the addition of new states.

Unlike other countries, America only has two national symbols, the bald eagle and the American Flag.

The flag has been the inspiration for holidays, songs, poems, books, artwork and more. Can you name a song written about the American Flag?  (Star Spangled Banner or It’s a Grand Old Flag)

Can you name some holidays when the flag is displayed?  Fourth of July, Presidents Day, Memorial Day, Flag Day, Labor Day, Patriot’s Day, and Veteran’s Day

The display of the American Flag is governed by law to ensure that it will be treated with respect. This is known as the Flag Code.

Some of the Flag Code's rules most useful for Girl Scouts are: